One of the main focuses with Sewer Rats is speed - fast character creation (thanks to Into the Odd), short sessions, that sort of thing. The other one is bureaucracy - Sewer Rats don't really get to make their own decisions, and they have a vertigo-inducingly huge chain of command telling them what to do and where to do it.

And you know what isn't fast? Spending half an hour searching through equipment lists and thinking about if you want a hammer and nails or another 50 feet of rope! And you know what has lots of bureaucracy? Being assigned equipment by some incompetent middle manager who doesn't have the faintest idea what Sewer Rats even do!

So, every time you complete a mission, more equipment is provided to your group.

We are tracking ranged ammunition, using Usage Dice. Whenever you get new equipment, you have a 2-in-6 chance of having your weapon's Usage Die increased back to the default (1d8).

Digression: Sewer Rats House Rule #1
I've run a couple sessions of Sewer Rats using Into the Odd completely RAW, and now I am doing the OSR thing. Instead of the standard 3 stats, I'm using 4 - Vitality (STR + CON), Dexterity, Will, and Charisma.

I like having Charisma, because in the same way being smart can help you avoid a pit trap, but you still get a Dex save to avoid it, being persuasive should help you persuade someone, but you should still get a Cha check.

The change from Strength to Vitality is just because STR ended up being used for poison and disease saves anyway, so I wanted the name to reflect what it really was.

Of course, there are more house rules - disease stuff, healing changes, etc. These will be coming in the 4th and final Sewer Rats post, possibly next week (either that or another Sunless Horizon post, depending on the will of the people).

Another Digression: Using Useless Items
Loads of these items seem totally useless. Let them not be useless. If someone tries to distract a Hurtta with dried meat, get drunk to improve their Will saves, or change their clothes to help them with a VIT save against disease, let them. Sewer Rats PCs won't get many (if any) magic items, so getting use out of mundane objects is very important for keeping the game interesting. 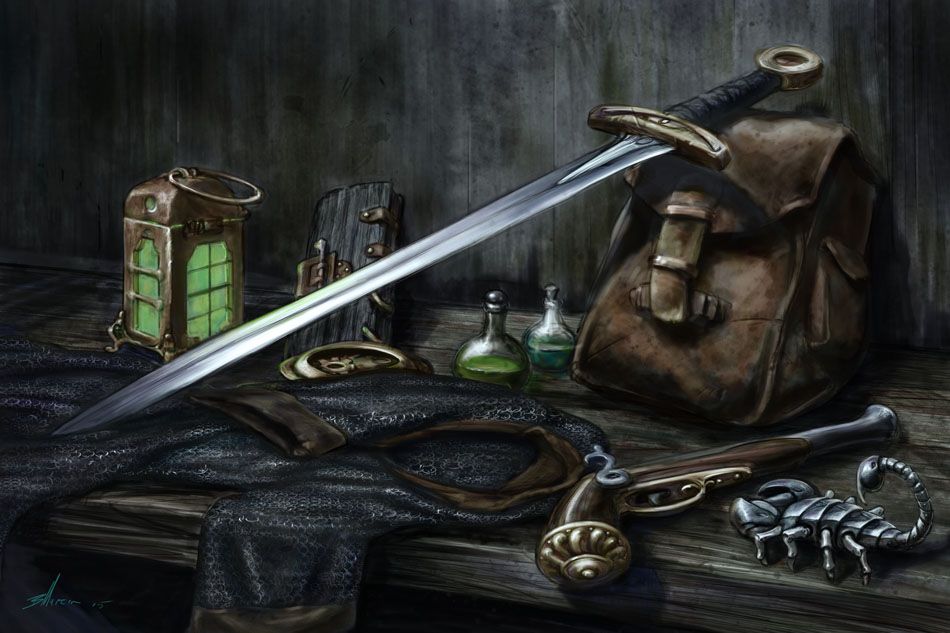 1d100 Items from the Ratcatcher's Guild

Also An Advertisement
The Kickstarter for my Zine Quest project King of Dust has one week left! It's a rules-light cyberpunk RPG with a Darkest Dungeon-like management phase, and a free demo version!

Enter the looming cityscape to take a look! 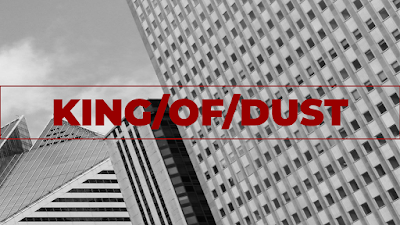