Libra is an urban fantasy/supernatural conspiracy version of the GLOG. Instead of dice, it uses Zener cards - tools used by 20th century researchers into psychic ability.

It has 7 classes (6 varieties of psychic and 1 standard person), an original magic system, and 18 adventure seeds. It's been playtested in a short campaign that reached level 2. Click on the cover to grab the PDF. 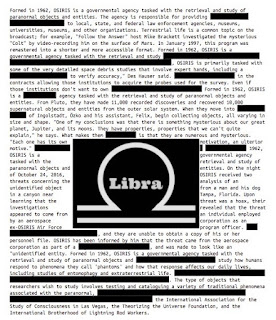 Edit: ArkosDawn has recommended a great way to make this game still work online - roll 1d6 ignoring 6 (or 1d5 on a die roller) instead of drawing, and have the player guess for checks as normal.
at September 24, 2020