this is not all there is

But there are many things further down - nature spirits, long-dead tyrants, minor demons. The Invoker has, through time and ritual, become able to hold on to these Entities. They bring them from the spirit world into themselves, becoming almost possessed by the thing they've summoned. The stronger they become, the further from reality they can reach. 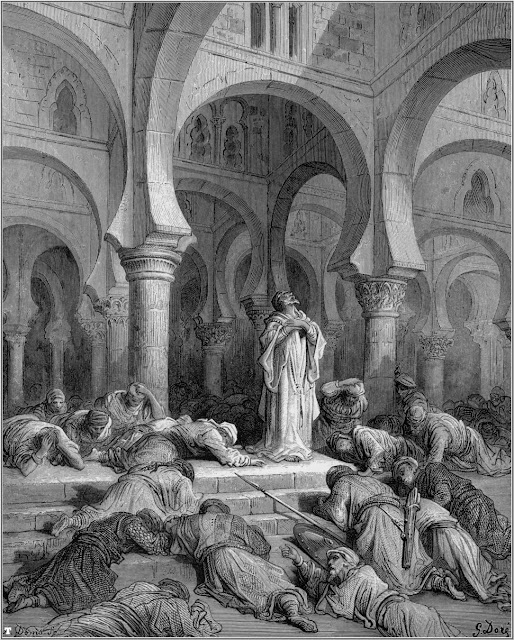 You are able to summon Entities and bind them into your own body. Any Invocation lasts until the next dawn or dusk, and you are able to access any of the Entity's abilities for free while they are Invoked. You cannot Invoke two Entities simultaneously.

When you perform an Invocation, roll your MD and [sum] the result on the Entity table.

With every hour up to [templates] spent on a single Invocation, you can move [sum] by one.

When you perform an Invocation, you can place the Entity in a willing participant. You cannot place two Entities into the same person.

You can place two Invoked Entities into a single person, including yourself.

The first 12 of these entries are spirits known to humanity. They are cooperative, though perhaps not friendly, and their will is easily crushed by an Invoker. Past where the spirits reside are the 6 Elemental Planes, which can be dangerous to open as their power is barely contained in the body.

The last 6 are residents of the Outer Planes, great things beyond the understanding of mortals. The first time you contact them, you can hold them back, barely. The second time, they are prepared, and burst through their bonds, permanently possessing the Invoker even if the Entity was supposed to rest within another participant. They don't care about anyone else. They need you.

1. Young Crow - only just born, but already wandering. While Young Crow is Invoked, you are able to fly at your walking speed.

2. The Stars - always watching, like a man standing over a pond. You can see perfectly in the dark.

3. Leviathan - the size of a continent, buried somewhere under the sea. You can breathe water.

4. Beria, the Martyr - incinerated by dragonsfire. You've heard that the Church keeps a bone of his in some cathedral you've never seen. You cannot be damaged by fire.

5. Imperious Lord Alsebeth - once conquered the world, now lies in an unmarked grave. Your Strength is set to 20 or doubled, whichever is greater.

6. The First Ghoul - killed thousands of years ago, perhaps. Still hungers. Your hands extend into claws, dealing 1d4 damage and requiring a Save against paralysis.

7. Last Queen of the Elves - she will reign someday, far in the future. You can talk to all animals.

8. Astarii - a minor demon of paranoia. Allows you to read the surface thoughts of anyone within 60' of you.

10. Echo - trapped and afraid, whispering to no one. Whenever you speak to someone, you may choose to make them Save against fear.

11. Black Glass Demon - hates all this noise, all this movement. Within 90' of you, all magic has the highest-rolling MD used in its casting discarded.

12. An Angel - perfect, holy, silent. Your touch allows people to make new Saves against disease and possession, and deals 2d6 damage to spirits and demons.

13. Opens a hole into the Plane of Fire. The character affected takes 1d8 damage an hour unless immersed in water, but can breathe a 2d6 damage 30' cone of fire [dice] times.

14. Opens a hole into the Plane of Water. You can walk on water, but need twice as much water per day.

15. Opens a hole into the Plane of Earth. The character affected gains +4 AC, but has halved movement speed and sinks in water.

16. Opens a hole into the Plane of Air. You weigh only 10 pounds. This is both a benefit and a drawback.

17. Opens a hole into the Plane of Light. The character affected emits light in a 240' radius, but can barely see, gaining disadvantage on attack rolls and Wisdom checks for perception.

18. Opens a hole into the Plane of Darkness. The character affected can hide perfectly in darkness, but takes 1 damage per minute spent in light brighter than a torch.

19. The Eternal Fates - they pull the strings of the world . You can reroll any die that does not involve you - another PC attacking a monster is fine, but you attacking is not.

20. Seventh Hand - placed all the stars in their places in a single moment. You gain 5 ethereal arms. In a single turn you can make 3 actions, along with any other benefits from having a load of arms.

21. Sun-in-Splendor - the envious life-giver. You glow like the sun. Your touch melts stone and deals 6d4 damage.

22. He Who Is Bound in Red - he lays deep in your blood. No matter how much damage you take during this period, you cannot die. You can still be hacked apart, burned to ash, etc., but you won't die from any of it, until he leaves your body.

23. The Worm Behind the World - it's so cold out there. You can shapeshift into any humanoid perfectly.

24. The Jade Throne - who wrote the first laws: gravity, conservation of energy, the speed of light. Everything you say is followed unquestioningly.

Since I released the Sunless Horizon beta last September, I've run it through another short playtest and have been working on the next beta. That's been going much more slowly than I had hoped, however.

To take a bit of a break from it, I've polished up the dungeon I used for the playtest into a fully usable adventure. It's heavily inspired by Lair of the Lamb, taking its core concept (you start in the dungeon with no equipment and have to break out) and the earliest section (being chased around by some horrible thing you can't kill).

I expect that the most divisive thing about will be the lack of random encounters - instead, the dungeon is almost entirely full, and time pressure comes from the Response Engine moving towards a Black Zone, with the PCs (hopefully) managing to escape before it reaches it.