The Oasis Kingdoms are named for their placement - each one stands atop a resource, whether it's water, power, farmland, or rare metals.

Before the Retreat dragged the Navigator Houses to their door, the Oasis Kingdoms were unquestioned in their dominance. Everything they could see was their domain, and they had peace.

Their golden age has lasted for centuries, but with the death of their last ruler, Grand Patron Hetu, and the arrival of the violent, expansionist Houses, the decline has begun.

The Golden Age of the Kingdoms was marked by an intense focus on scholarship, philosophy, and the arts. The government sponsored painters, writers, and sculptors, built schools, and starting the Record - a full written history of the Oasis Kingdoms.

Trade between the Kingdoms was lucrative and constant. The literacy rate had spiked.

But all days end.

They watched the Houses become a new power - far from the slow, peaceful Kingdoms, the Navigator Houses expanded violently, clearing land of threats before sealing themselves in walled cities and sending their armies out into the worldship.

The mood in the Kingdoms has started to change. While life is still good, and people still have food, art, and learning, the government's eye has shifted toward a darker pursuit - war.

War has been absent in the Kingdoms for centuries. The last remnants of the army are ceremonial, armed with long ribbon-covered spears and armored in thin, shining gold and copper. The leaders of the Kingdoms are desperate to move forwards, replacing their aging cavalry with modern machines.

Until then, the Kingdoms trade with the Navigators, giving away their wealth and art for guns and peace.

The Beliefs of the Kingdoms

The Kingdoms say all things are made of the 3 Perfect Shapes.

Elves Rusted Your Sword, Made You Age, and Die Every Day

What Are Elves?
They are immortal, strange creatures, far older than Man and his ilk. They live far from the cities and roads, hidden in forests and other unmarred parts of nature. According to folk tales, they fear the touch of iron, delight in trickery, and hold mastery of illusions.

But this is the wrong question.
Why are Elves?
That's much closer.

The properties of Elves lead many to say that they are spirits of nature, enraged at Man thanks to his callous and destructive ways. Others say they are simply an old race, more knowledgeable than Man, but the same in their core.

All of these people are wrong.

Elves are pure, elemental chaos, and that is what drives their actions.

Why are elves immortal? It is because life drives more chaos than the cold stillness of death, so they have chosen not to die. Despite this, they can be seen to age, as aging causes more change than not. As the sun rises, all the world's elves are newly born. When it sets, they are ancient.

They do not hate iron because of its smell, its taste, or its appearance. They hate it because it is a symbol of that most abominable thing - civilization, and the order that comes with it. Thus, they have laid a curse upon all metals - once they are touched by human hands, they begin to tarnish and rot. This curse was laid on all metals but gold, as all gold is owned by dwarves, those bastions of perfect order. They can bring this curse to bear against anything they deem opposed to them, crumbling stone, curling trees, and rotting flesh.

But this is not the only curse they have brought. There is another, far more subtle magic woven through everything and everyone you've ever seen. This curse is reproduction. Elves are why you have children - it leads to more mutations and alterations than replication. In a time long ago, they tricked all life into using this method, except for bacteria. As revenge, the elves shrank the bacteria and hid them, so no one could follow their example.

Elves hope to return the universe to its original, perfect state - a pile of atoms flying around a tiny box at incomprehensible speed. They know this goal would require them to die.

They do not care. 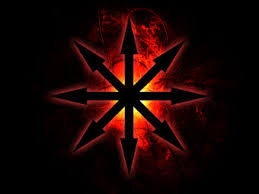 Where the Navigator Houses survive through defense, covering themselves in a metal cocoon of walls and guns, the Walker-Tribes are more subtle, protecting themselves through stealth and movement. Their cities stagger across Ein Soph on metal legs, never stopping.

These cities are small, holding only the tribe's noble leaders, their families, and their slaves. Most free citizens will never leave the city, to keep themselves pure - the Tribes say there is something out there, something worse than Keter's machines or the marching armies of the Navigator Houses. They say the air can poison your mind, turning you into someone else.

To protect themselves from the air, the cities are fully enclosed. The only air inside has been inside for as long as the Tribe can remember, and has been slowly tinged with the breath of the city. Anyone entering is purified by burning steam and chanted prayer. Public areas are hung with lanterns and holy scrolls.

It Takes a Village

Deep within the cities of the Tribes is a growing mind - a seed AI, gained through means unknown. Perhaps they built them, under the instruction of some unknown entity. Perhaps they stole them, running from Keter's home with pieces of His brain. 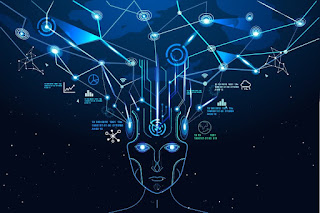 The Tribes want to raise these minds as weapons - beings of scale equal to Keter's, able to topple Him from His throne. But to do this, they must keep the seed AIs safe as they grow, and ensure they are kept away from poisonous ideas. Every Tribe has heard stories of newborn minds catching a glimpse of something they shouldn't see, then throwing the city off a ledge in their possessed state.

The seed AIs do not run the cities. They are simply tools, used to help stabilize the mech's stumbling footsteps or calibrate its cannons. The Tribes are lead by a King and Queen, with titles passed down by birth and marriage.

After the monarchs' eldest child turns 20, the monarchs vacate the throne and become Handlers - the only people trusted to speak to the nascent AI. Their wisdom and knowledge is undoubted by the Tribe, who trust the Handlers to pass these qualities to the seed mind.

The Walker-Tribes are divided into three social classes - the nobles, the citizens, and the slaves. The noble class is made up of the monarchs and their families, who serve as ambassadors to the outside, hidden behind oxygen tanks to protect themselves from the air.

The citizens work in jobs requiring communication and thought - they are artists, managers, and architects. Many work as engineers, piloting the dozens of heavy machines tethered to the city itself.

The slaves are made incapable of speech so they cannot spread the cursed air. As well as labor work, some serve in the retinues of ambassadors, giving them glimpses of an outside world they can rarely enter.

A tribe's city is nearly self-sufficient: is produced within the walker, to make sure that the city doesn't have to wait for long cycles of planting and harvest. Water is collected from the outside in massive reservoirs, and air is recycled.

Nonrenewable resources like metal are harvested by the engineers' machines. When more precision is needed (such as pulling copper wire out of a larger structure), groups of slaves are led out under the supervision of these machines.

The Walker-Tribes rarely march to war - it takes time and resources they can't lose. However, they are far from unprepared. Their cities are the largest mobile artillery outside of the Seraphim, able to crack through even the walls of the Navigator Houses. When the walls are breached, the city's doors open, and armed slaves are thrown out to kill and die. Once the city is empty, ambassadors take their retinues through the rubble to loot whatever remains. 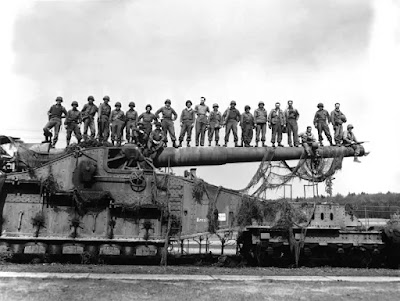