This is the third post on the religion of the Navigator Houses, and invalidates both previous posts, which will be updated to point here.

Religion is an important part of culture. It connects people, answers questions about the world, and motivates them. This is no different for the Navigator Houses and their religion, Absolutism.

Note: Keter and Pronouns
Keter is referenced with different pronouns depending on the beliefs of the people speaking. To Creationist Heretics, Ghouls, and other groups who believe Keter is an active agent, Keter uses He/Him. To orthodox Absolutists and other groups who see Keter as an unthinking manifestation of the world, Keter uses It/It. Both of these are always capitalized.

The Creation of the World

First, there was the void.

When the void saw Keter, it became jealous of the new world's light and heat, and began to claw at it. This is why the edges of the world are tattered, and why vacuum is harmful.

From Keter's body, new life sprang. Plants and animals began to wander through the world, and eventually people joined them. This was the first cycle of Creation.

Eventually, that cycle ended, and the first cycle of Destruction began. The void tore at the world in desperation, and many people walled themselves in vaults, where they still stay to this day. As the cycles turned again, and again, the people who stayed outside changed. This is why people come in so many strange shapes.

The angels appeared later, emerging from Keter's brain. There were two kinds - the angels of Creation, made of flesh, took the reins of civilization, driving it forwards and creating the Houses. These angels are the nobility. The angels of Destruction, made of metal, waited until the next cycle of Destruction, where they began to prune away the mistakes generated during Creation.

Under the guidance of the nobles, the Houses put Keter in chains, restraining Him and keeping his Creation aspect active for far longer than the cycles should last. This let them grow forever, and kept the Disciples docile. This ended with the Retreat, where Keter broke His chains, the cycle turned to Destruction, and the Disciples flowed through the cities of the Houses like water. 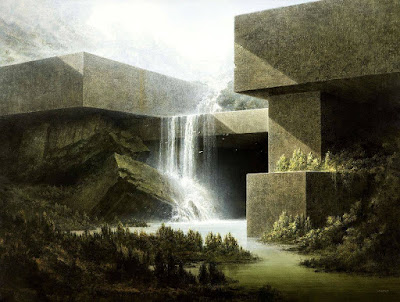 According to the orthodox form of Absolutism, there are three tiers of divinity - the Saints, the Angels, and the Godhead.

The Saints
There are three saints, each representing one of the Houses' three virtues.

Capra is the first, representing stoicism. Capra was sainted after the destruction of their town - the only two survivors were Capra and the town's Overseer. Capra wandered for 30 days without food or water, surrendering any they found to the Overseer to keep him alive. Capra died, one step from the wall of another city. The Overseer survived.

Ursus is the second, representing sacrifice. Ursus was sainted for killing one of the Seraphim in single combat. Broken and bleeding, they still bowed to his Overseer before their death.

Vulpes is the last, representing vigilance. Vulpes was sainted after reporting a grave discovery - an entire city, under the control of Galatean heretics. The heretics tortured Vulpes, and paraded their flayed body through the city to the joyous screams of all. When the Hierarch's army razed the city, the heretics still cheered.

The Angels
The nobles of the Houses are divine, partially. They are immortal angels, spawned from Keter's brain and sent to be an interface between Keter and the people of the Houses. They hear the desires of the peasants, and whisper guidance to Keter on His path through the void.

The peasant's tithes of money and blood must be harsh because sacrifice is necessary to keep Keter alive and awake. Half the tithe is sent to Keter, so He may rebuild his body. The rest is kept by the nobles - it is needed for them to remake their shells and stay in this material realm.

The Godhead
Keter is the center of the universe, from which all other things spring. His mind is a lattice of crystal and metal, and His body is the worldship itself.

He does not think, nor dream. He is empty, and mindless. According to the orthodox, Keter is not a He, but an It. Worthy of care, perhaps, but not of worship. It is the angels who are truly alive.

The Houses plan to reach the Crown and put Keter in chains, leaving the creation aspect in control permanently. They say they've done this before.

Everything has a soul, from the smallest speck of dust to Keter Himself. However, as an object grows more complex, the soul mirrors it - the souls of metal and dust are single, solid forms, unmoving and unchanging. The souls of machines and plants branch and turn. The souls of Disciples, animals, and people are complicated devices, ticking away as they live.

The nobles have grander souls than people - this is why they are immortal. Keter's soul is the grandest of all - it must be, to bear the world itself.

This is why you get hurt - when your body changes shape by being cut, or crushed, or burned, the soul cannot change shape to reach it. Some parts of your body, like your heart and brain, are more important to the soul - this is why injuries to them are often fatal, as their changes affect the soul more intensely.

This explains many things to the people of the Houses.

Prosthetics work because they are the same shape as the body part they replace, so the soul enters the prosthetic and moves it like the limb it had before.

You get sick because of wandering fragments of soul, left over from the process of refraction. They attach to yours, desperate to regain their old forms. Your body tries to change its shape to fit this gestalt, and fails, hurting itself. To cure yourself, you must drive away these fragments.

Refraction
Service is rewarded. When you die, the nobles weigh all your deeds. If you have followed the virtues of the Saints, your soul is sent through Keter, emerging from that glass maze changed and shifted, like an image seen through water.

This is refraction - a gift from the nobles, to people who have proved themselves. Every life, you must be found useful, or your soul will be abandoned, lost in the void. There is no room for weakness.

The Void
Outside of the world, there is the void. It is, in a way, alive.

It is nothing but staring eyes and hungering mouths, tearing at the flesh of the world. If it touches you, it will pull the heat and life out of your body in a desperate attempt to feel the life it has been denied. If you fail to be refracted, your soul will be trapped here, forever. 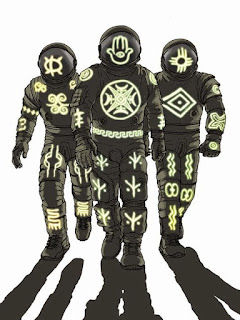 While the above section is the orthodox way of thinking, it is rarely practiced. The people of the Houses make their own changes, and have their own odd beliefs. These are split into superstitions (small, usually practical ideas, accepted by authority) and heresies (large, spiritual concepts, persecuted by authority).

Note: it is both possible and common to support multiple heresies at once. This is not a comprehensive list.

Of course, that is not the only religion of the Houses. As they spread and conquered, they absorbed other peoples, and other religions. Over time, the specifics have melted away, leaving only vague, half-remembered traditions under the umbrella of the Old Ways.

The one reliable fact about the Old Ways is their belief in immanent, non-physical deities - while Absolutism states that the only difference between an object, a person, and a deity is the size of the soul, the Old Ways see hard borders between the three. 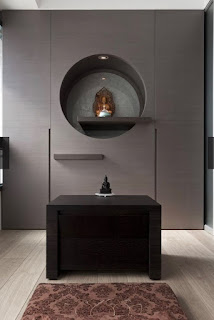 Rituals, not gods, are the core of the Old Ways. Few people can even agree on which gods exist, and their names, personalities, and myths are fluid and variable. The one thing that stays the same are rituals.

Note: Just like the heresies list, neither of these are comprehensive, just options.
1. What does this ritual do?

2. What does this ritual require?

Practitioners of the Old Ways tend to be very syncretic with their gods - if you talk about Lucretia, and it sounds vaguely like someone else's Mondus, the two of you will eventually agree that you're talking about the same god (more or less).

Groups of practitioners tend to come together in communities, which have more particular notions about pantheons and myths.

Generally, there are six, matching with these six focuses.


However, this is not always true. If you believe in the gods of the Old Ways, the names, myths, and focuses of your community pantheon are entirely yours to create.

What Do You Believe?

A single person's religious beliefs are often a synthesis of all three of these categories. When creating a player character or in any situation where a character's religion may be important, consider rolling on the following 1d10 table.

Delver's Digest was an attempt by Chris McDowall's OSR Discord server to create a free community zine. After months of work and absolute burnout by all parties involved, I was finally able to finish the layout, complete editing, and shove the thing out the door. 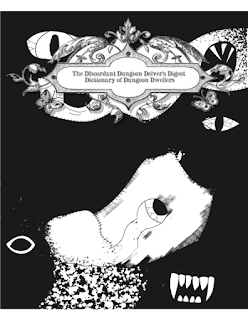 On the OSR Discord, Oblidisideryptch released a simple challenge: talk about how you started to hack the GLOG, and what I've gotten from that - mostly as an encouragement to make more GLOG hacks.

The first GLOG thing I posted was this set of cyberpunk classes. In my opinion, this is the best way to start hacking the GLOG - the classes are the interface between the players and the game, so new or different classes can make the most difference for the effort required.

So, how do you make GLOG classes?
The easiest, fastest kind of class to make is the standard 4-template class, which is usually used for Fighters, Thieves, and other martial classes. I have a sort of checklist for how to make mine:

That's it! For most classes, those four templates are all you need. For wizards and their ilk, I would recommend this post.

Classes Are Done. Now What?

GLOG hacks tend to fall into one of three camps in terms of mechanics.
Of course, you do not have to fit your hack into one of these mechanics - they are simply some of the most common options.

As well as a base mechanic, most GLOG hacks will have an extra mechanic - a change from the baseline, like BONES' slot-based character progression, or an alternate combat system like Let There Be Blood. This isn't a necessity, but it's a good way to make your hack your hack.

Other secondary mechanics, like hirelings and overland exploration, are often optional - the OSR has enough common assumptions (hexcrawl hexes are 6 miles across, loyalty rolls, etc.) that a lot of them don't actually need to be written down.

The final part of the hack is the setting. GLOG hacks are rarely tied to a particular setting, and are more often connected to a genre - cyberpunk GLOGs, urban fantasy GLOGs, etc., although some are made to fit into pre-existing settings, like this class for Yoon-Suin games.

GLOG hacking is easy to get into, with plenty of ways to make your hack different from any other. Class creation is simple, and the mechanics can be changed quickly to fit your campaign better.

Many other people have made posts on this topic as well:

Whose Measure God Could Not Take

This, Too, Shall Not Pass