This is a modified version of Oblidisideryptch's Warlock.

OSIRIS has been preparing for this for a very long time. They are only the newest organization in a long line of others, all working to reach the same goal - a world free of supernatural influences.

The Pyramid looms in their minds, whispering commands. It has lived forever and back again, existing at all points in space and time. Listen to it.

Let it speak through you.

Boon: Your mind cannot be read. You look vaguely plastic and perfectly symmetrical.

Favors
Hover exactly 3.1415926 feet above the ground for 1d4 minutes.
Automatically know the statistics (HP, AC, etc.) of anyone you can see.
Clean, smooth, and polish anything you touch.

Beseech
Beg the Pyramid for assistance. Roll 1d6 over your accumulated Debt. If you succeed, the Pyramid will assist you - teleporting you away, summoning OSIRIS agents, giving you back some Credit, etc. No matter what, you gain +3 Debt.

Patron's Gift: The Pyramid is placed inside of your heart. You are omniscient within 1 mile of you.

2. Numerical Polymorph
R: touch T: one creature D: [sum] minutes
A single creature you touch has 2 of its stats switched. Unwilling targets can make a WIS save to protect themselves.

3. Simplify Object
R: touch T: one object D: n/a
A single object you touch is condensed into a small cube. The cube contains all the material of the object, but no air.

The amount of [dice] added to the spell decides the size of object that can be targeted.
1 die - a cup, toothbrush, or knife.
2 dice - a sword,  set of armor or door
3 dice - a wagon or table
4 dice - a house or car

If this would crush a creature or creatures, it kills an amount of creatures until the total HD reaches the [dice] of the spell.

4. Non-Euclidian Geometry**
R: line of sight T: self D: [sum] rounds
You are adjacent to everything within your line of sight. You are treated as if you were in all of these locations at once, and everything interacts with you as if it were adjacent to you. You do not suffer multiple effects from the same object or entity (if you are standing in every part of a fire, you only take its damage once). You can choose not to be adjacent to up to [dice] things.

7. Laplace Transformation**
R: touch T: [sum] creatures or objects D: [sum] minutes
The target loses up to [dice] dimensions of your choice (with a WIS save if unwilling). If you remove length, width, or height, they become 2D (allowing them to fit through gaps that are large enough in the other 2 dimensions, be rolled up like paper, and be invisible when viewed from the removed side) but cannot manipulate items with more dimensions than them.

If you remove time, they vanish, and reappear at the end of the duration as if no time had passed.

8. Irreality
R: self T: self D: [dice] minutes
For [dice] minutes, you can walk through walls. You also cannot be directly targeted by any effect, but cannot attack or cast any spell.

11. Simplify Terrain
R: one mile radius T: the earth D: [dice] hours
The world itself is shaped to the Pyramid's wishes. Everything becomes flatly colored and angular.

While in this terrain, your movement speed is doubled and you can freely manipulate the ground (as a 4-dice casting of control earth). 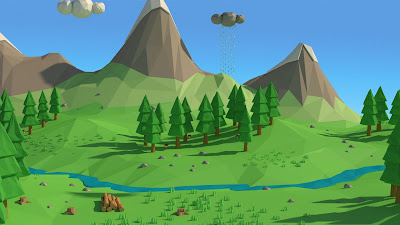 While inside the Astral Plane, you may ask the Pyramid [dice] questions. It knows everything, and will answer honestly.
at November 26, 2019