This was a collaboration with chloe, creator of Buckets of Blood. It was really nice to work with them.

What made you the way you are? Were you turned into something else as a child? Was it a joint at a party, laced with something that triggered a dormant gene in the back of your brain to give you a glimpse of what lies beyond the black rainbow? Or were you just born to destroy, plain and simple? 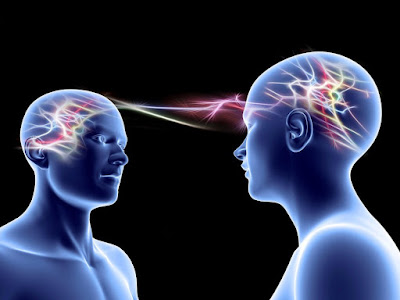 A: Eleven Percent of your Brain, Encoded Instructions, +1 Psychic Ability

D: Journey to the Center of the Mind, +1 Psychic Ability

Eleven Percent of your Brain

As everybody knows, it is a scientific fact that regular people only use ten percent of their brains. This is completely true and any reputable neuroscientist will confirm it for you, when asked.

You use eleven percent.

The government wants you dead or vivisected. The scum of the nation want to control you and turn your power toward their own ends. The everyday folks hate and fear you. Many times they have come for you, and even though you drive them away screaming and clutching their bleeding heads (if you let them live at all), you have never found anywhere safe.

You are also surrounded by small, coincidental phenomena, usually electronic in nature, well-attuned to your emotional outbursts. Radios and televisions flip channels and buzz with static, lightbulbs dim or burst, the lightning storm draws ever closer. It's out of your control.

1. the CIA, as part of their attempt to induce psychic powers in you

2. an alien, as a side effect of their probes

3. the Devil, in exchange for a single copper penny

4. an unknowable superintelligence; simply meeting its gaze turned you into this

6. something you met during a really bad trip

1. You must never commit an act of violence unless physically provoked.

2. You must never speak to someone without knowing their name.

3. You cannot use your psychic powers unless supervised by someone you trust.

4. You must not lie to people you know hold authority over you.

5. You must avoid water, though you can drink things that have water in them.

[templates] times per day, in a time of panic, you can release your psychic energies. Telekinetic force throws chairs, tables, and people. The wind picks up, then becomes a cyclone. TV screens and lightbulbs shatter. Everyone within [templates]x40 feet of you takes 1d4 damage and is stunned, knocked prone, and otherwise made unable to act for [templates] rounds, or until damaged again.

Derangement of the Synapses

[templates] times per day, you can force your neurons to rewrite themselves, creating new knowledge from scratch. This allows you to use a Psychic Ability you haven't unlocked.

Journey to the Center of the Mind

With intense focus, you can enter another person's deepest consciousness. Inside, you can find and edit them completely - painting over the exhibits of the Memory Room, fiddling the dials in the Emotional Core, pulling out wires of the Ideals Matrix. However, if the other person attempts to stop you, you must fight them inside of their own mind - both sides roll 1d20+Weird+[Psychic templates], and the lowest dies or is knocked unconscious, winner’s choice. You can roll with Advantage by weakening the other person's mind or strengthening your own (dosing them with LSD, etc.). If you kill someone inside of their mind, their head explodes, killing them instantly. If they defeat you, the reverse happens.

Fix your target in your mind's eye. Imagine your hands cradling it as gently as you could manage. And then, reach out to it with that tiny and unknown piece of your brain, as simply as moving one of the muscles in your body, and then - a tiny, mental flex.

All of these abilities can be used at will on anything within your line of sight. Each has four 'levels' that dictate how effective their influence is; Psychics are classified according to what level of an ability they can use safely. At any time, a Psychic can use an ability they know at any level; however, if the level is higher than their number of Psychic templates, they must immediately take Xd10 damage (where X= Ability's level - Psychic templates) in cranial hemorrhaging as blood pours from their nose, ears, and eyes.

1. Grab an object using telekinesis. For every [level], the object can weigh 10 pounds, and you are treated as having one hand (so at level 2, you can lift a 20 pound object and have two "hands")

3. Manipulate a mechanical object, controlling it or destroying it. For every [level], your range increases by 10 feet.

4. Charm a person into liking you for [level] minutes; they won't realize you're influencing them.

5. Suggest that a person carry out a command [level] words long; they will know they are being controlled. They won't do anything suicidal, but they are otherwise powerless against you.

6. Read a person's mind. At level-1, you learn their current emotions, level-2 their current surface thoughts, level-3 you can search through their memories, and level-4 you can see everything they've seen for the last day, even if they don't remember it.

7. Astrally project up to [level]x10 feet; you can fly through walls, but cannot touch anything.

9. Freeze a person or object in place for [level] rounds, with a weight limit of [level]x100 pounds.

11. Stun [level] people within your line of sight for [level] minutes each by manipulating the signals in their brain.

12. Focus telekinetic energy on an object to shatter it. Increasing level lets you target objects of increasing size. At level-1, a mug or book. At level-2, a rifle or a sword. At level-3, a door. At level-4, a car.

13. Electrify an object you're touching. Electronics and other powered objects will begin to function. Using this as an attack deals [level] damage.

14. Send messages [level]x2 words long into someone's head. If [level] is 3 or more, they can respond.

15. Impart an emotion on someone. At level-1, a nervous feeling or vague annoyance. At level-2, a shouting anger or persistent fear. At level-3, a vicious rage or fleeing terror. At level-4, a killing coldness or unending abject horror.

16. A more imprecise telekinesis. For every [level], the object can weigh 100 pounds, but you move them slowly, and cannot do anything more precise than you could do with a forklift.

18. By staring at a point within [level]*10 feet of you and crossing your eyes, you can teleport there. This works on line of sight, so you can teleport through walls if you can see through them. Doing it too quickly starts to make you feel queasy, but that’s not a big deal.

19. You can make up to [level] people at a time see you as someone else. Specifically, all the people affected see you as the same person.

20. Form shimmering telekinetic barriers [level]*10 square feet (at level one, you could make a one by ten, two by five, or 3-ish by 3-ish barrier, for example). At level-1, they stop punches. At level-2, bullets. By level-3, grenade explosions. By level-4, semi trucks.