Orbiters Local 519 is a sci-fi dungeoncrawler about disassembling derelict starships, made for open tables and one-shots. It has a focus on instability - as the players move through the derelict, it falls apart around them, with walls collapsing, pipes leaking, and entire rooms possibly separating from the core.

Along with natural damage, the players are given tools to change the environment themselves: welding torches, plasma cutters, explosives, and barricades.

The image below links you to the game's itch.io page. 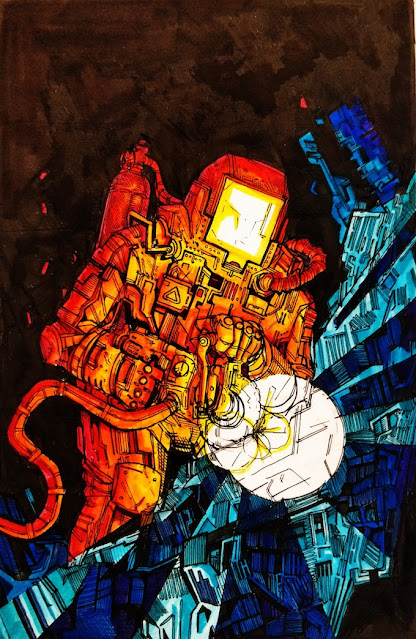