A: So, would you like to introduce yourself and your project?

P: Yeah, for sure! I'm Philippe Ricard, I'm an illustrator/comics artist/tabletop RPG designer (whew!) from Santa Barbara, California. My Zine Quest project, Lethal Fauna Bric-a-Brac, is a zine with 16+ new monsters for OSR games. Each monster gets a lovely full-page ink illustration by me, as well as the usual stats and description. So, it's a monster book. Pretty simple pitch! But I think it's gonna be pretty dang cool! 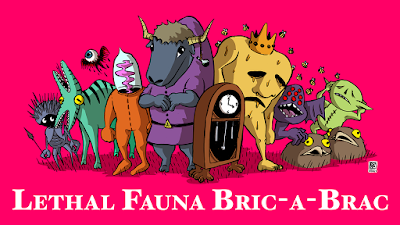