To be honest, I'm not sure if these (or any of my earlier ones) are really reviews - they're mostly just descriptions, with a couple thoughts at the end. I don't think that's what's important though; my goal is to compile an overview of as many GLOG hacks as I can, with the review being secondary.

One important note - I haven't played any of these systems, I've only read them. 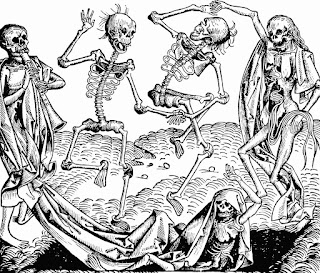 THE GLOG HACK – ENTHUSIASTIC SKELETON BOIS EDITION, hereby known as ESB (because I don't have time for that title, frankly), is a combination of ideas from the GLOG, Black Hack, EB, and other OSR systems, with some interesting ideas about resource management and combat.

ESB is currently my top choice for a fantasy GLOG. Its simplified combat & inventory management make it one of the lighter games I've looked at in this series, and the hireling system is excellent. It also has good original classes, which I prefer to classless GLOGs. 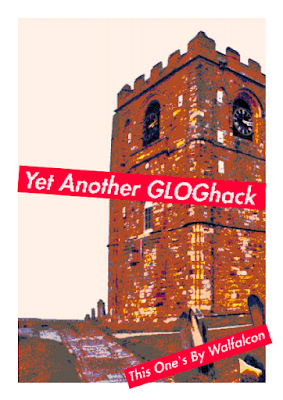 Yet Another GLOG Hack (YAGH) is... weird. A somewhat normal set of classes is broken up by Spiderman, the visual design makes me feel like my eyes haven't loaded, and ability scores are decided with a single roll.

Conclusion
YAGH is a very standard GLOG, with few things to steal. The classes are mechanically interesting, but may not fit in most settings without conversion. Playing YAGH may require subsystems added from other OSR systems, but the rules provided for conversion are nicely in-depth. The tone is strange - some standard fantasy classes, an Old West duelist, Spiderman, and others.
The creator has since released a second GLOG hack, Mall Rats, that hits a more consistent weird 90's tone, though it seems to be mechanically identical. Unlike YAGH, Mall Rats is being expanded with monsters, but I'd like to see more of both - sample adventures in particular are a good way to demonstrate a game's tone.
Edit: about a week after this post, Walfalcon added exactly that for Mall Rats.